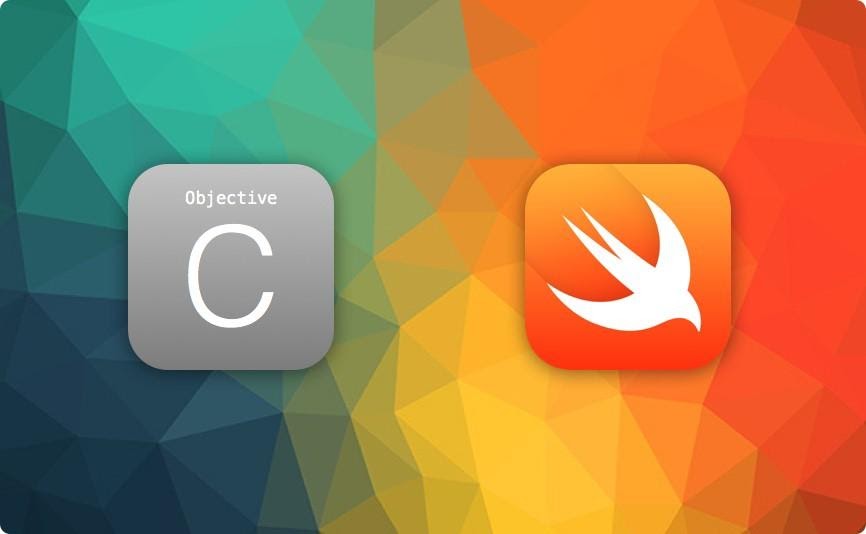 Choosing the right technology stack requires one to take into account the development timelines, the technology and development skill accessible, the size  and scope of the project, and the available budget. They determine what kind of developer and business perks the right tech stack should provide. In this regard, both Obj-C and Swift are chock-full of qualities to offer.

Obj-C boasts of a fully evolved, thirty-year-old codebase that facilitated coding for iOS and other platforms. Obj-C has an extensive library to back its open-source developer ecosystem.

Obj-C has a readable syntax that gets easier to understand with background knowledge in C and basic OOP concepts.

Also, Obj-C infuses high-level C (non-OOP) programming with a side of the OOP (Smalltalk messaging) paradigm.

Obj-C compiled at runtime; be it in XCode, which uses the Swift -Clang compiler executable- Apple’s official, open-source compiler for C languages, or using the LLVM Clang Obj-C compiler.

The Obj-C runtime API allows low-level debugging and bridging with other languages. It also helps resolve dependencies during compilation and runtime with Dynamic Messaging.

Just like Swift, Obj-C’s lack of a Garbage Collector for optimizing memory further reduces lag in Obj-C code execution. But it only affords memory management via ARC in Cocoa APIs and OOP code, and not in procedural C and non-Cocoa APIs

Obj-C provides a time-tested MVVM app-building environment. It not only promotes scalable full-stack app development but also offers backward compatibility with C and C++ programs, assisting legacy apps’ maintenance. It is a well-tested programming language, which grants developers accessibility to a wide range of custom APIs and third-party frameworks besides Cocoa and Cocoa Touch.

As an evolved language, the Obj-C code does not need regular updates with changes to the language, unlike the newer alternatives. So, in certain cases, Obj-C may be a better choice as it offers stable software builds.

Although Obj-C is a flagship Apple language and specifically meant for developing iOS and Mac apps, one can certainly leverage its runtime API library for applications meant to run on other platforms such as Android and Windows.

Obj-C allows migration from C and C++. Obj-C also permits you to take native iOS Obj-C apps and convert them into ARM and x86 machine code for the Android platform. Tools such as Apportable integrate with the SpriteBuilder game development suite for iOS to Android migrations.

Obj-C still has a faithful community that caters to numerous time-tested and new static libraries and APIs for adding to the app code at the last stage of compilation.

Obj-C comes very much in handy in building business, IM,  productivity, social networking, multimedia, etc. There is also an active market for Obj-C game dev., using iOS-specific engines such as Sparrow and NinevehGL, and with cross-platform engines like Unity and Unreal for other platforms.

Launched in 2014 by Apple as an open-source programming language for iOS, Mac, Linux, and later on Windows and Android web and mobile programs. Swift quickly became the unified scripting language for the Apple product platforms such as Mac, iOS, tvOS, and watchOS, as it combines the functional programming capabilities of Obj-C, Ruby, Haskell, Rust, C#, Python, CLU, etc., with resourceful error handling and control flow (keywords).

Swift features an easy-to-learn syntax that eschews the use of the ‘@’ in front of keywords. It further unifies keywords by removing the use of ‘;’ and ‘{}’. The absence of legacy conventions makes Swift a readable, English-resembling language which can also reduce the margin for mistakes.

Just as in Obj-C, Swift allows compilation using either the LLVM compiler or with XCode via the SwiftC compiler executable. Either compiler sorts dependencies for your code, and even synchronizes method names, which omits a lot of manual work.

Swift uses the LLVM compiler and Obj-C runtime allowing C, Obj-C, C++, and Swift code to run in parallel. However, in Swift, Obj-C methods can only be translated to Swift’s error handling mechanism provided they return Obj-C objects or Boolean values.

Swift facilitates unified memory management with its ARC, for both Cocoa Touch and non-Cocoa APIs. With Swift, you need not worry about memory leaks unlike Obj-C, which improves focus on the core logic rather than manual memory management for every object instance.

Swift’s code-processing speed is nearly on par with C++ for both the FFT and Mandelbrot algorithms which are used for benchmarking. Coding with Swift is clean and fast as it has a human-friendly syntax and simplistic type statements. Swift’s singular codebase can process various code side-by-side which helps augment legacy apps. Maintenance is easy as code simplicity and reusability play a big role. Debugging is easier, especially with Swift’s error handling protocols and MVVM approach.

As a still-evolving language, Swift is not as stable as Obj-C when working with custom (private) APIs. But, it more than makes up with its capable bug handling. Swift’s compiler allows programmers to fix errors as they write, which helps resolve bugs before they occur and results in stable app-builds.

Migrating apps from Obj-C to Swift code is easy as both use the XCode IDE. Any errors caused in code due to compiler changes are also resolved quickly.  A language such as swift facilitates the migration of Obj- C to Swift using conversion tools, such as a drag-and-drop conversion engine and real-time, automated Obj-C/Swift text editor.  You can flawlessly port apps from the Android platform by migrating Java or Kotlin code to Swift, with help from a dev. service.

Swift supports Apple platforms such as iOS, macOS, watchOS, and tvOS. Swift’s LLVM compiler does permit Android app development using frameworks such as Scade, SwiftCore, Dispatch, and SwiftFoundation, but there is no support from Apple in this regard.

From the above-tabulated points it is evident that while Swift promotes more progressive development conventions, it falls short of the full-evolved, well-tested composite codebase of Obj-C; and, while Obj-C is the more trustworthy language to some, it falls short of some of the more recent technological advancements in programming that Swift can offer. The only argument against Obj-C is that it wasn’t conceived under today’s programming paradigm; and the only argument against Swift is that it has not existed as long as ‘Obj-C’ and undergone enough updates to become mature, ‘fully evolved’ language.

Suffice to say, both of these languages have a lot to offer in terms of app development and can prove useful based on its use.

Swift is fairly easy to learn and implement. However, it does not have readymade libraries and APIs available for all purposes.

The Obj-C syntax takes longer to comprehend but promises an all-encompassing dev. ecosystem, with the extensive availability of third-party libraries and APIs.

Obj-C is quite saturated as a language but Swift has only begun to evolve. Swift serves as the best choice when you are developing apps for next-gen platforms.

As a fully evolved language, Obj-C Cocoa APIs offer a more mature dev. environment than Swift. Given how Cocoa was made for Obj-C, it offers a more stable and reliable alternative to Swift Cocoa development which is yet to evolve fully.

Up and until the advent of Swift, Obj-C was the de facto language for Apple platform applications. So, it is only sensible to continue with Obj-C for Obj-C Apple apps for maintenance and feature expansion of legacy programs.

Swift’s rapid development cycle can certainly reach large-sized projects to their completion within the deadline. The codebase also leaves ample room for the scalability of small-sized projects.

Large projects have many programming modules working in tandem to facilitate a large application. As a fully-evolved language, Obj-C’s online support community and ready-availability of free and premium components, libraries, packages, and tools cater to end-to-end software cycle needs.

Given the aforementioned scalability benefits, it is not very difficult to fit Swift app-build projects within a tight budget. However, the still-evolving codebase can strain your budget for post-deployment maintenance if Swift does not integrate flawlessly with your custom APIs or any of the third-party frameworks.

Obj-C is open-source just as Swift and both have a veritable treasure trove of compatible third-party frameworks, plugins, and libraries available at your disposal for stable app-builds with custom API integrations, thus, saving time and money.

One can assert that based on the scenario, choosing either Swift or Obj-C can be beneficial for your app-coding needs.

Tempest House is always at your disposal to offer consultation and an assortment of app-building services in either Swift and/or Obj-C for your next great app. Schedule a call here with one of our experts!

A Basic HTML Guide for Beginners

Let's say you’ve got a website, and it needs some changes. Maybe you’d like to change some of the text in your WordPress theme. Maybe someone made you a pure-HTML site, and you need to update some content or maybe switch out an image.Well, there’s good news: all this is actually incredibly simple. You don’t need to be a programmer or anything like that to write HTML.